The Native Village of Cantwell members are Athabascan Indians. Cantwell (Yidateni Na’) is off the Parks Highway. It is a census-designated place (CDP) in Denali Borough, Alaska, United States. Cantwell is the western terminus of the Denali Highway. 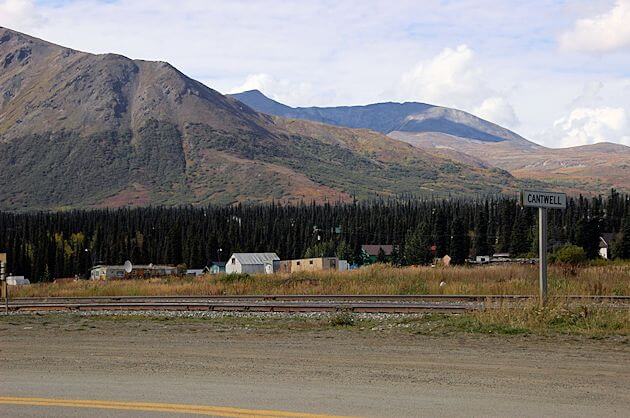 The Athabascan people call themselves ‘Dena,’ or ‘the people.’ They speak eleven different languages. Because of the different Ahtna dialects many people say the same words differently. The Ahtna region consists of the Copper River Basin and the Wrangell Mountains.

The Ahtna Language has changed very much and very often, and is still changing today. Within the past century more than one hundred words have made their way into the Ahtna vocabulary mostly due to Euro-American influences.

Contact with Russians influenced the Ahtna language with many Russian loanwords being introduced. With contact from English speakers, especially recently, English words have also been introduced.

Some words are also borrowed from the Alaskan Tlingit and Alutiiq native people.

There are about 1000 people today who refer to themselves as Ahtna, and about 50 fluent speakers. The Ahtna people live on and near traditional villages. There are eight villages within the Ahtna Region: Cantwell, Chistochina, Chitina, Copper Center, Gakona, Gulkana, Mentasta and Tazlina’

Cantwell (Yidateni Na’) is off the Parks Highway. It is a census-designated place (CDP) in Denali Borough, Alaska, United States. Cantwell is the western terminus of the Denali Highway.

It is situated at the north end of Broad Pass, along Cantwell Creek and the Jack River, tributaries of the north-flowing Nenana River. Alaska Route 3, the George Parks Highway, passes through Cantwell. Anchorage is 212 miles (341 km) to the south, and Fairbanks is 150 miles (240 km) to the north.

Prior to the settlement, the only inhabitants of the Cantwell area were nomadic Tanana Indians and Athabascan Native Alaskans who hunted and fished. In their language they named Cantwell Yede’teni’na.

Cantwell is named after Lieutenant J. C. Cantwell, military explorer and commander of the revenue steamer Corwin on the Yukon River, 1898-1900.

Many Indians from the village of Tyone came to work at Valdez Creek and later lived out their lives in the Cantwell area. Many Tyones are buried in the old Cantwell graveyard, next to the railroad tracks.

Oley Nicklie, a Native Alaskan, sought work with the railroad after fur prices dropped. He and his two brothers then founded part of the settlement. Cantwell is 20 miles away from a giant abandoned igloo shaped hotel, which is not made out of ice.

Cantwell served as a partial filming location for the Lure of the Yukon during the 1920s, and for the 2007 movie Into the Wild.

Jack River near Cantwell, Alaska by T_R_Oglodyte
Cantwell has a boreal climate characterised by long, usually very cold winters, and short, cool to mild summers. This type of climate offers some of the most extreme seasonal temperature variations found on the planet. In winter, temperatures can drop -40 °F and in summer, the temperature may exceed 86 °F. However, the summers are short; no more than three months of the year (but at least one month). Temperatures must have a 24-hour average temperature of at least 50 °F to be called Summer.

With 5–7 consecutive months where the average temperature is below freezing, all moisture in the soil and subsoil freezes solidly to depths of many feet. Summer warmth is insufficient to thaw more than a few surface feet, so permafrost prevails under most areas.

Cantwell Clinic is staffed by a Public Health Nurse and provides primary and Preventative care. There is an Alaska State Trooper Post.
Other Services and Utilities:

The Cantwell School teaches Kindergarten through Grade 12. It has 14 students and 6 teachers.

Subsistance hunting, fishing, and gathering are still an important part of the economy. In 2014, 81 residents were employed: 48 in the private sector, 16 in local government, and 17 in state government. There are 2 grocery stores, a saloon and liquor store; 8 lodges, a Bed & Breakfast, vacation rentals, and a RV Park; several hunting, fishing, rafting, and photography guide services; an equipment store, construction companies, a sand and gravel plant, mining operations; a tree farm, two dog kennels, 2 photography shops, 3 gift stores, a realtor, and Denali’s Cannabis Cache.