Akiachak is a Yup’ik Eskimo village with a fishing and subsistence lifestyle. It is located 12 miles northeast of Bethel on the Kuskokwim River. The city was the first in Alaska to dissolve its city government in favor of Native village governance.

Location: Akiachak is located 12 miles northeast of Bethel on the Kuskokwim River.

In 2007, an Akiachak Elder was among those who filed a lawsuit against the State of Alaska that led to the 2009 ruling to provide access to enhanced language assistance for Yup’ik speaking voters, Yup’ik sample ballots and a glossary of election terms in Yup’ik. 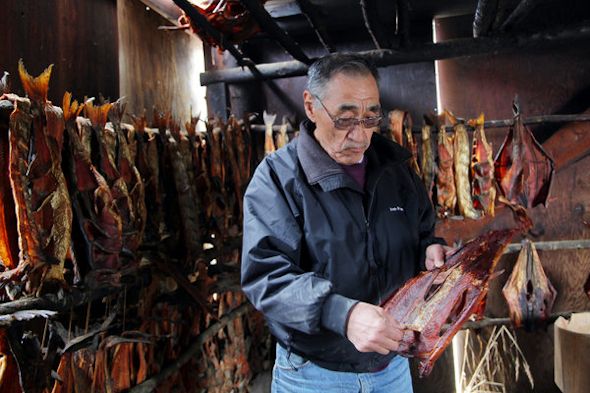 Akiachak Native Community has approximately 650 residents – an impressive number considering in 1890 it was a village of only 45 people. Akiachak residents are extremely independent. The city was the first in Alaska to dissolve its city government in favor of Native village governance.

Akiachak was first noted in the 1890 census under the name Akiakchagamiut. The Yup’ik Eskimos used this region as a seasonal subsistence site. A post office was established in 1934. It incorporated as a second-class city on February 7, 1974. The city government was dissolved in 1987, in favor of traditional village council governance. The sale, importation and possession of alcohol are banned in the village.

There are no roads into the village. A state-owned 1,649-foot (503 m) long by 40-foot (12 m) wide gravel airstrip and public seaplane facilities provide scheduled and chartered services year-round to Akiachak. Relocation of the Akiachak Airport is planned for the future.

A new well, water tank, water treatment plant and a road to the new lagoon have been completed. Construction was planned to plumb and connect 62 homes on the west side to a gravity sewer system by 2005, but construction of the piped water and gravity sewer system is now on hold. Currently 12 facilities, including a washeteria, the school, and teacher’s housing are served by a piped system. Most residents haul treated water from the washeteria.

Twenty-five households have honey buckets hauled by the village; the others haul their own honeybuckets or use septic tanks.

The village would like to purchase an incinerator and use the waste heat for public buildings. Electricity is provided by Akiachak Native Community Electric Co.

Akiachak Health Clinic, which is classed as a Primary Health facility, is the only medical available in the village. Akiachak is classified as an isolated village. Emergency service is provided by a health aide. Emergency Services have river and air access. 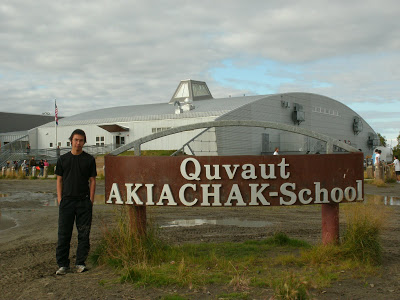 The Yupiit School District is headquartered in Akiachak. The certified staff of about 50 professionals along with 100 classified professionals work hard to meet the educational needs of the 430 children who attend this school district. About 185 of those attend the Akiachak School in grades K-12. The district was established in 1984 and serves the communities of Akiachak, Akiak, and Tuluksak.

The school district offers dual-immersion classes in the Yup’ik culture at the elementary level and Yup’ik studies and Yup’ik language classes at the secondary level. Students also learn skills such as traditional fishing, caribou hunting, and dog-mushing.

Based on test scores of the 2006-2007 school year, of the 245 students in the district who were tested in grades 3 through 10, 30.0% were proficient or better in reading, 23.6% in writing, and 26.7% in mathematics. The graduation rate was 43%. The Yupiit School District failed to make adequate yearly progress for the 4th consecutive year under No Child Left Behind.

The Yupiit School District is the largest year-round employer in the village. A subsistence lifestyle provides most of the food. Residents supplement their incomes with seasonal jobs that include commercial fishing, Bureau of Land Management firefighting, and positions with the canneries in Bristol Bay. Seventy residents hold commercial fishing permits.