The Native Village of Shungnak is a traditional Iñupiat Eskimo village located on the winding shoreline of the Kobuk River about 150 miles east of Kotzebue, and about 10 miles downstream from the village of Kobuk. 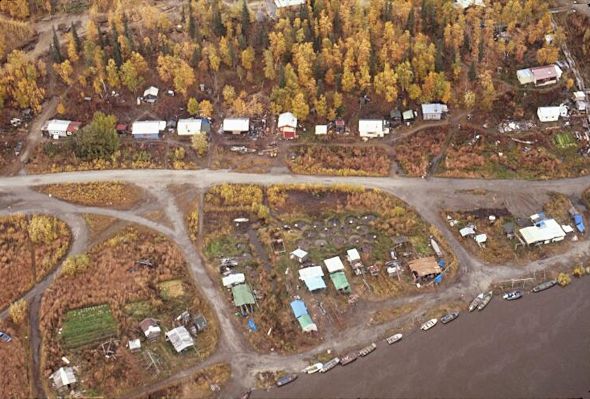 The Native Village of Shungnak is a traditional Inupiat Eskimo village located on the winding shoreline of the Kobuk River about 150 miles east of Kotzebue, and about 10 miles downstream from the village of Kobuk.

Founded in 1899 as a supply point for mining activities in the Cosmos Hills, this Iñupiat Eskimo village was forced to move in the 1920s because of river erosion and flooding. The old site, 10 miles upstream, was renamed Kobuk by those who remained there. The new village was named Kochuk but later changed to Shungnak. The People: Government: Climate and Topography:

Shungnak is accessible by plane, barge or small boat in the summer, and by plane and snowmobile in the winter. The city’s airport has a lighted gravel runway that is 3,400′, and has scheduled air service from most of the air carriers in the region. Small boats, ATVs, snow machines, and dog sleds are used for local travel and subsistence activities. Old trails along the river are still used for inter-village travel.