The Alatna Village population consists largely of descendants of Kobuk Eskimos and subsistence activities are the main source of the community’s foods. 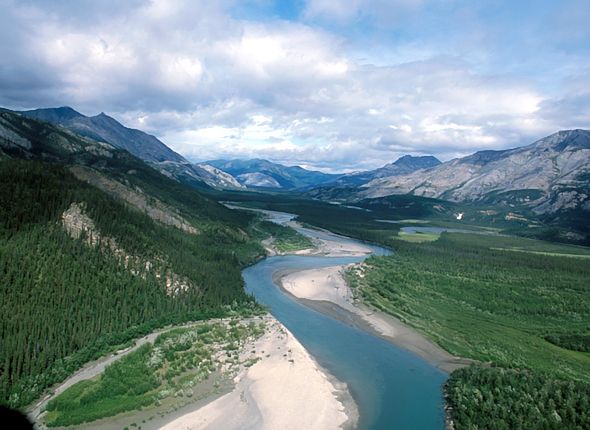 Alaskan Native Culture: The Alatna population consists largely of Kobuk Eskimos. Athabascans predominantly live in Allakaket, which is located nearby. Collectively, these two communities make up the population of the federally recognized tribe known as Alatna Village. 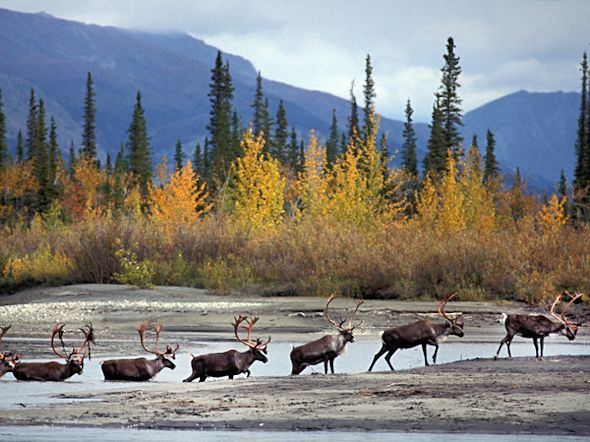 Alatna is on the north bank of the Koyukuk river, southwest of its junction with the Alatna River, approximately 190 air miles northwest of Fairbanks and 57 miles upriver from Hughes. Alatna lies just west of the municipal boundaries of the City of Allakaket.

Several Native groups have lived in the area, including Koyukon Athabascans and Kobuk, Selawik, and Nunamiut Eskimos from the north and northwest. The Koyukon lived in several camps throughout the year, moving as the seasons changed, following the wild game and fish.

The old site of Alatna was a traditional trading center for Athabascans and Eskimos. The first mission on the Koyukuk River, St. John’s-in-the-Wilderness Episcopal Mission, was established in 1906.

In 1938, the name of the community was changed to Allakaket (the old name for the mission), and the name Alatna was assumed by the small Eskimo community across the river.

The first public school was established in 1957.

A flood caused by ice jamming inundated 85% of the community in the spring of 1964. In 1975, the community incorporated as a city, including both settlements of Allakaket and Alatna.

A clinic and airport were built in 1978.

A new school and community roads were built in 1979.

In September 1994, flood waters destroyed and swept away nearly all of the community’s buildings, homes, and food caches for the winter. Residents have rebuilt near the old city site, but Alatna is no longer within the incorporated city boundaries, so it is now classed as an Unincorporated Community. 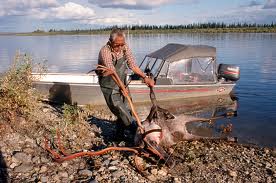 The area experiences a cold, continental climate with extreme temperature differences. The average high temperature during July is 70 °F. The average low during January is well below zero, and extended periods of -40 °F are common.

Average annual precipitation is 13 inches, and average annual snowfall is 72 inches. The Koyukuk River is ice-free from June through October.

Broadband internet services and cell phone service of any kind is not available.

Alatna doesn’t have a school. Their children attend the Yukon-Koyukuk School District in Allakaket, just across the river from Alatna.

Subsistance fishing, along with hunting and gathering are the primary source of food. The total population in 2014 was only 21. In 2014, three residents were employed. Two residents were employed in state government and one in Leisure and Hospitality. In 2013 there were three health or social workers, one employed in accomodation and food services, three in construction work, one realtor,  and one in an unspecified trade.

Housing:
There are 19 houses in the community, with an average family size of four. 33% of the houses are unoccupied.

The Rights of Indians and Tribes

– This is the most popular resource in the field of Federal Indian Law. The book, which explains this complex subject in a clear and easy-to-understand way, is particularly useful for tribal advocates, government officials, students, practitioners of Indian law, and the general public. Numerous tribal leaders highly recommend this book.

– An introduction of scientific alphabet for the Kobuk River & Kotzebue Sound area Eskimos. Each letter has an illustration and an English word that sounds similar.

Make Prayers to the Raven: A Koyukon View of the Northern Forest

– Nelson spent a year among the Koyukon people of western Alaska, studying their intimate relationship with animals and the land. His chronicle of that visit represents a thorough and elegant account of the mystical connection between Native Americans and the natural world