Their own legends say they came from the North, I heard the following story: “To the north from Kodiak Island there is a little settlement, Chilkak. There a powerful old man created man and woman. 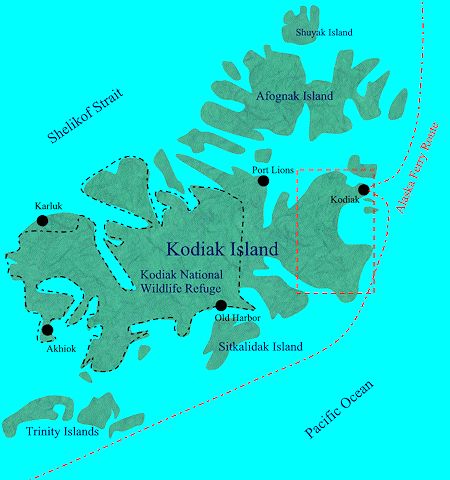 At first the old man planned to create them out of stone but when he lifted the man he accidentally broke his left leg. Then he decided to make people out of earth. This is the reason men die, for earth decays. Were we created out of stone we would live forever.

Many children were born to them so the husband and his wife began to worry, ‘Shall we stay here? There are going to be so many men in Chilkak we are not going to have enough birds for our parkas.’

So the first Chugach began assembling a pile of sand. He gave it a long, narrow shape with two seats and said to the old man, ‘You are powerful. You have created us. Cause this to turn into something in which we could swim on the sea.’ The old man fulfilled the wish and that was the first two-seated bidarka.

On this bidarka the first Chugach sailed away into the sea. First they saw Kayak, then Kochak [Kayak and Middleton Islands]. They landed on these islands, lived there long enough to have children, left them and sailed farther. The saw Nuchek, Tsuklak [Hinchinbrook, Montague], and other islands; they named them all and left descendants on all of them.

They landed on the mainland but did not stay for they could find no suitable places. They sailed farther but, Chugach woman wept bitterly and began to sing a song of farewell to her descendants.

In the sea the travelers saw the islands Ushugnak (Perogrebnic) and Shuyak, and finally Kodiak, where there was a multitude of birds. Here they decided to stay forever, sure that on Kodiak both they and their children were going to have plenty of material from which to make parkas.

First they ate raw food. Then they learned to weave baskets. They tried to warm the water in those, i.e.; they dipped hot stones into them. Into the hot water they put sea cabbage (Fucus) and other seafoods left on the shore at low tide. As soon as their attempt was successful they tried to boil seal meat and it turned out good. They cooked their food in this way before the coming of the Russians.”