The Native Village of Kiana, which translates into English as “place where three rivers meet,” is the central village of the Kobuk River Kowagmiut Iñupiat Eskimos.

Language: Iñupiaq, the indigenous language, is part of the Eskimo-Aleut language family. 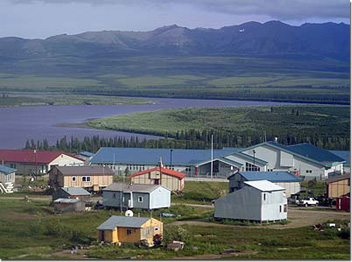 Kiana sits on a bluff overlooking the confluence of the Kobuk and Squirrel Rivers in northwestern Alaska, about 30 miles north of the Arctic Circle. Kiana is 57 air miles east of Kotzebue. They are a member village of the NANA Regional Corporation.

Kiana was founded several centuries ago as the central village of the Kobuk River Kowagmiut Iñupiat Eskimos. Before Kiana became a village, the Inupiat Eskimos tended to travel with the animal herds, constantly hunting for meat and furs.

In the 1800s, the Inupiaqs of Kiana lived all along the Kobuk River.  They moved to where there was an abundance of animals and fish and lived in sod houses.  Throughout the year the villagers would hunt and fish near their houses. When the animal herds migrated, they abandoned their houses to follow the herd animals. 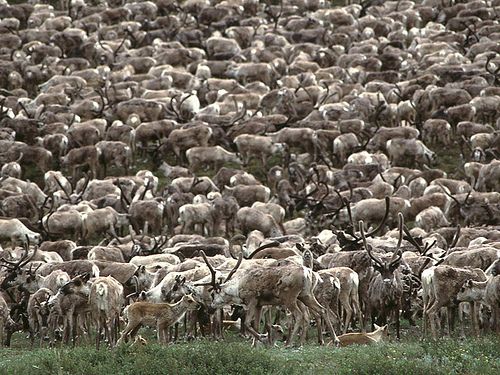 Caribou — also called reindeer when they are domestic-
cated– still run in herds  numbering hundreds of thousands near Kiana, today.

When someone died inside a house they abandoned it, believing they would catch a contagious disease. Instead of building coffins or digging graves, the villagers wrapped the bodies of the deceased in cloths and put poles in them to make a teepee shape.

The first white men came up the river in boats in 1898 and changed their way of life. They settled in the area that is now Kiana. More white men came in 1901 and 1902, and started building houses. Inupiaq women moved in with them and married them.

Archaeologists discovered a pre-contact Inupaiq village near Kiana. From carbon dating, the archaeologists believe the village was from the late 1700s to the early 1800s.

When more digging was done, they found that some of the houses they excavated were connected with tunnels and passage ways. The average house size in the village was about the size of typical one-roomed cabins.

In 1909, Kiana became a key supply post for placer mines along the Squirrel River. Its post office was established in 1915. Before the post office was built, mail came only once a month. The mail transportation method was mainly by dogsled or by walking from one village to another.

During this time, the village of Kiana became a supply center for coal and gold miners who were posted along the Squirrel River. The Blankenship Trading Post was the only store. It carried goods such as flour, salt, soda pop, coffee, tea, sugar, and canned and dried fruit. Kiana was incorporated in 1964. 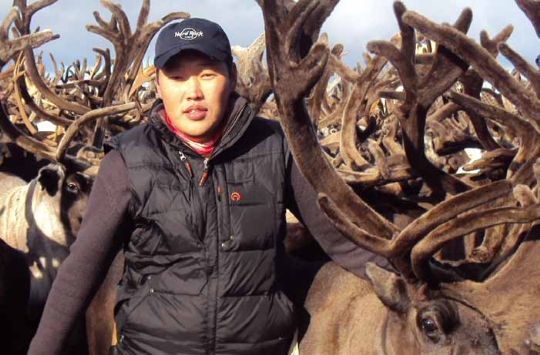 The population of Kiana has nearly quadrupled during the last 80 years from 98 residents in 1920 to around 363 today. 90.4 percent of Kiana residents are Iñupiat Eskimos.

Before white people came to the region, the children of Kiana grew up speaking the Inupiaq language. They did not have to learn the language in school because it was their first language. Native children in Alaska were eventually sent to boarding schools, just as they were in the lower 48 states, and were forbidden to speak Inupiaq. The Elders of today were those children who attended the boarding schools, so most adults and children in Kiana don’t read, write, or understand the language anymore.

Viola Barr and Rosaline Jackson were the first people in Kiana to teach the Inupiaq language as a class in 1971. The region is trying to get the language back, and Rosetta Stone and the Inupiaq Language Commission are helping this effort.

Kiana is incorporated as a second-class city under the laws of the State of Alaska, and is within the boundaries of the Northwest Arctic Borough. The Indian Reorganization Act tribal government is known as the Native Village of Kiana. 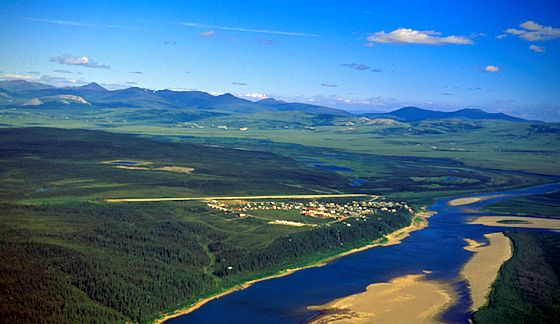 In Kiana, there are of frequent storms and extreme temperature swings. There is also evidence of climate change occurring in the past 50 years. Evidence of rising temperatures each month, and increased precipitation (except July) has also been recorded.

The snowfall is significant, at about 60 inches per year, and rainfall is about 16 inches on average.

Air – The Bob Baker Memorial Airport, a 3,400′ long by 100′ wide lighted gravel runway, is one of 256 airports owned and maintained by State of Alaska Department of Transportaion & Public Facilities, as part of the largest aviation system in North America.

There are daily scheduled passenger flights to Kotzebue, Selawik and Noorvik. Some flights that go to the upriver villages like Ambler, Shungnak and Kobuk will stop in Kiana for pick up or drop off if needed.

Land – Cars, trucks, ATVs and snow machines are used extensively for local and regional travel between villages and for subsistence activities. A dirt road allows downriver access to Kobuk Camp, a fishing and berry harvesting summer camp. A network of old trading paths extends from Kiana to the surrounding region. During the winter there is an ice road created for automobile access to Noorvik, AK and Kotzebue, AK.

Water / Marine– The Kobuk River is navigable by boat and barges from late May to early October. The river is frozen the remainder of the year, which allows for snowmachine travel between the villages.

Northland Services estimates the following costs for delivery of these sample shipments from Anchorage, AK:

Water – A pair of large riverbank wells provide the public water supply for Kiana. Periodically water is pumped from the wells to a 200,000 gallon insulated steel holding tank where it’s chlorinated and then distributed throughout the community via buried water mains. More than 92 percent of Kiana households are connected to the water lines and fully plumbed, as are the health clinic, school and community hall. The rest haul water.

Sewer – Wastewater is drained from households by an underground gravity sewer system to a lift station and then pumped through a buried force mainline to a sewage treatment lagoon located northeast of town. About 8 percent of Kiana households are not connected to the sewer system and rely instead on honeybuckets or septic tanks.

Public Safety – Kiana is in the service area of the State of Alaska State Troopers detachment based in Kotzebue. There is not currently a Village Public Safety Officer stationed in Kiana. The City of Kiana does employ a Village Patrol Officer to enforce curfew and respond to emergencies.

The Kiana School is a pre-Kindergarten through 12th grade facility attended by 115 to 120 students per year. The school employs 10 teachers, depending upon enrollment and teacher availability. Post-secondary education is available in Kiana through online classes provided by Chukchi Campus, a rural division of the University of Alaska.

The use of Citizens Band radio was once widespread, now Very High Frequency radio use is prevalent throughout the region.

The Arctic Sounder, a regional newspaper, is delivered to stores, the school and local subscribers.

There are three general stores in Kiana, plus a hunting and fishing lodge.

There are roughly 165 housing structures in Kiana. About 96 of them are occupied. All but a few trailers and duplexes are single-family dwellings. The median home value in Kiana is $145,300.