Buckland (Nunatchiaq in Iñupiaq) is one of the native villages who are members of NANA Regional Corporation. Buckland is an Inupiat village, and subsistence activities are an important focus of the economy.
Official Tribal Name: Village of Buckland
Address: P.O. Box 67, Buckland, AK 99727
Phone: (907) 494-2171
Fax:
Email:
Official Website: 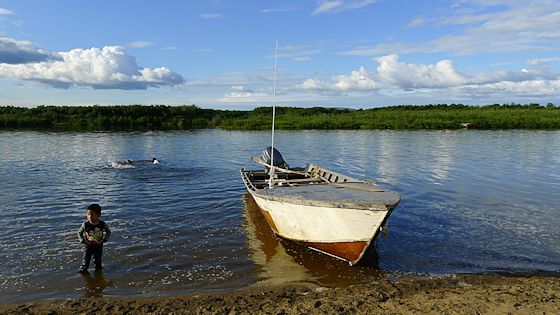 Buckland is located on the west bank of the Buckland River, about 75 air miles southeast of Kotzebue.

Buckland residents and their close ancestors have established villages at different points along the Buckland River at least five times in recent memory. Other sites have included Elephant Point, New Site and Old Buckland.

Pasturing or harvesting the village’s reindeer herd led to relocations to New Site and Old Buckland in the 1920s. Extensive fossil remains at Elephant Point indicate prehistoric occupation of the Buckland vicinity. The city was incorporated in 1966. 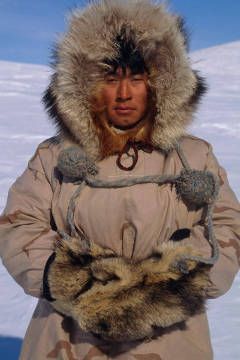 Inupiat, or Alaskan Inuit, is a group of dialects of the Inuit language, spoken by the Inupiat people in northern and northwestern Alaska. The Iñupiaq language is a member of the Eskimo languages. There are roughly 7,000–9,000 speakers.

The City of Buckland is incorporated under the laws of the State of Alaska, and has a mayor. It is one of eleven communities in the Northwest Arctic Borough. An Indian Reorganization Act (IRA) government is the people’s federally-recognized tribal government.

Tribal land assets and corporations are managed by the NANA Regional Corporation, of which this village is a member. 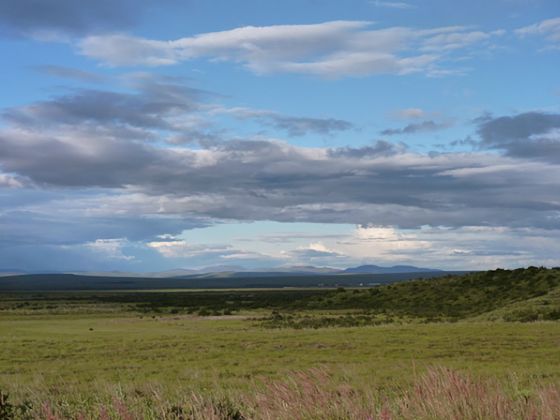 Buckland is located in an area subject to flooding during spring break-up due to ice jamming.

Air – Scheduled and chartered cargo and passenger flights land in Buckland on a 3,200′ long by 75′ wide gravel airstrip that is one of 256 airports and airstrips maintained by the State of Alaska Department of Transportation & Public Facilities, the largest aviation system in North America.

Air cargo rates from Kotzebue to Buckland range from 90 cents per pound for major loads (in excess of 5,000 pounds) to $1.05 per pound for loads weighing less than 500 pounds with Bering Air.

Land – There are no roads connecting Buckland to the rest of the state. Residents travel overland to other villages and to reach subsistence hunting grounds by all-terrain vehicle or snowmobile, depending on the season.

Water/Marine – Various barge companies deliver fuel and other supplies in the summer. Small boats are used for inter-village travel and subsistence activities.

Water – The public water supply in Buckland is pumped 300 feet from the Buckland River via an insulated transmission line, treated in the village washeteria and then stored in a 100,000-gallon holding tank. A few homes have indoor plumbing, as does the Buckland School. Most residents haul their own water from the public tank.

Sewer – Apart from the handful of residences that are connected to a limited village sewer system, roughly half the households in Buckland use flush/haul waste tanks while the other half utilize the tried-and-true honeybucket method. The city empties honeybucket bunkers and flush/haul tanks weekly.

A flush haul system is currently under construction in Buckland, including household water and waste holding tanks and complete plumbing.

Currently, 36 homes have new flush haul systems, 46 homes still use honeybuckets, and 5 homes are connected to the school’s piped system.

The school is connected to the washeteria system and has full plumbing.

Solid Waste Disposal – Residents dispose of their refuse in dumpsters placed around Buckland. City workers periodically haul away and empty the dumpsters in an Alaska Department of Environmental Conservation (DEC) approved landfill outside of town.

Public Safety – Buckland is within the service area of the Alaska State Troopers based in Kotzebue. A Village Public Safety Officer is in training, to serve the community, and the City of Buckland has a local Village Police Officer and a weekend back-up VPO.

In addition to the facilities and services below, Buckland has one grocery store, three small stores and a community hall.

Health Services – The Buckland Clinic, operated by Maniilaq Association, provides routine health care. The clinic is staffed by a health aide, who is on call 24 hours a day, and by volunteers. Emergency patients are transported to Maniilaq Health Center in Kotzebue.

Electricity – The Kotzebue Electric Association is contracted to provide electrical power to Buckland via diesel generators with a peak capacity of 650 KiloWatts. The cost is 40 cents per Kilowatt Hour (KWH).

A herd of more than 2,000 reindeer are privately managed; workers are paid in meat. The only difference between reindeer and caribou is the reindeer is a caribou that has been domesticated. If they are wild animals not managed by people who live in their natural habitat in a wild state, then they are called caribou.

There are roughly 95 residential structures in Buckland. Almost all are occupied. The median home value in Buckland is $120,000. The median rent is $717. The average family household size is 5.2 persons. It is a growing, family-oriented community.